Courtney is someone I connected with through the wonderful world of Instagram (@thatgirlatnasa). Her passion for what she does is contagious and I respect her focus to inspire others in the pursuit of STEM careers. If you are (or are considering) a future in STEM, Courtney’s story about her NASA internship is a valuable one. And even if you have no direct interest in science, technology, engineering or math, Courtney offers up some great insights and advice for all college students from her #myinternhustle journey.

Did you have a dream job or specific career path in mind when you started college? If yes, what was it?

Yes, I always had a dream to be a meteorologist. As a kid I wanted to invent the next great tornado-predictor machine that would save countless lives by warning of a tornado hours/days ahead of time instead of minutes. I wanted it to be as specific as knowing which homes it would hit and which it wouldn’t, which I now know to be a very, very impossible thing! I was a dreamer from the beginning. Never wanted to study anything else.

What internship(s) were a part of your Intern Hustle?

How did you get your internship(s)?

I literally applied online and hoped for the best, but let me back up a bit to explain this series of events. I entered Creighton (CU) intending to study meteorology. They had an atmospheric science (ATS) program and I met/loved the professors. November(ish) of freshman year, I shadowed a meteorologist at the National Weather Service for Omaha, NE. I spent 4 hours the first day watching meteorologists forecasting every few hours and otherwise staring blankly in to space. Sure, they had their own research projects on the side, but being interrupted periodically to forecast doesn’t leave much room for productive research. These people were bored out of their minds, stuffed in a small room in an even smaller building out in the middle of nowhere Nebraska (because you can’t have your radar near important areas like airports and cities – the area around a radar has lots of static and little data). I went home crying, devastated that my dream job was so dull. I didn’t even want to go back for the 8 hours the next day. However I did, and a kind female meteorologist sat me down and helped me look for other kinds of jobs in weather/climate.

To make matters worse, in April of that year CU decided to cut funding for ATS and my program closed. I hadn’t taken all the classes required before declaring ATS as my major so I wasn’t “grandfathered” in. My dream job was gone, my program was eliminated and I was lost. Eventually (one year and thousands of angry emails/meetings/phone calls later), CU offered to let me do the program BUT I’d have to take the ATS classes that are being taught for the last time before the professors leave the school AND take the Gen Ed classes CU requires before they move to the “new” Gen Ed plan for the students one-year behind me. In other words: an impossible task.

My response to CU was understandably angry. I said I’m going to transfer to the U of Nebraska-Lincoln for climate science unless CU can offer me something better. They offered to let me create my major with a wonderful professor in Environmental Science. I ended up majoring in EVS on the environmental politics and policy track AND the global systems track. In these, I substituted the animal behavior/biology type courses for the ATS courses that were being offered for the last time. In the end, I studied atmospheric science in the broader context of Earth systems that allows me to understand the links between climate, geology, hydrology, evolution, biology, chemistry, and especially boundary layer processes.

The only problem was I was missing research experience. And the professors working in ATS related fields were gone. I did not want to research cells in biology or animal health in EVS. An old friend reached out to me and recommended NASA. I applied to the Student Airborne Research program & was waitlisted, to the U of Michigan biosciences summer research camp & was accepted, and 6 NASA internships, of which 5 declined me and 1 accepted.

Had that old friend not reached out, I would not have applied. I had no idea I qualified for a NASA internship. Also really didn’t think I would be able to accept anything because I lived in Nebraska and all NASA facilities are on the coasts. I was accepted to Ames in California, bought a car, and drove myself out there for the summer. It was and still is the best decision I ever made.

Name the top three highlights from your Intern Hustle.

What is one of the biggest challenges you faced during an internship and what did you learn from it?

I came to NASA not knowing any computer science. I’ve since learned to code in IDL, Fortran, & Python. I am continually learning vocabulary they use to describe lines of code, subroutines, time, science questions, past meetings… the list goes on and on.

I’ve learned how to ask questions. It was no use ignoring what I didn’t know and pretending to follow along. I have to ask what they’re referring to, what a word means, what a process is, or just “what?” constantly. They’re more than happy to oblige and even though my questions make them laugh, I’ve learned to laugh with them and admit that I don’t know something. That tends to quiet them and I can see their respect for me and my willingness to be that vulnerable at work.

What is the most unexpected skill you gained from an internship?

The ability to walk up to and talk to anyone at work. NASA is intimidating, but whether its my cubicle-mate or the NASA center director (who may know the president of the US really well), I can go up to them and ask my questions or state my piece knowing I’m being heard, I’m valid, and I’m an equally important part of NASA. No one intimidates me anymore.

What internship advice do you have for college students?

Don’t take a nonpaying internship. We’re simply past that at this point. Any good internship will pay you. If they respect you, they’ll pay you. I say that because the internships that care about students have internships for a reason: they’re passionate about the next generation, they want to be part of your life, they want you to succeed. When that is true, they also want you to be able to take the internship. They know our debt is high and they’re our allies. They know it’s expensive to rent/eat on your own, so they’ll pay you. We don’t live in an affordable economy anymore and the best internships today (most of them) understand that.

Did your desired career path shift at all based on your internship experience(s)? If yes, in what way?

Yes – I want to study more than just Earth’s atmosphere. I am studying Mars and I want to attend grad school for planetary atmospheric science. The world is far bigger than us and than Earth – there are many worlds. We know little about them but we know so much! I want to continue to work on the edge of discovery. I love thinking about planets we’ve found but that remain untouched by humans. The purity of science there is magnetic.

Were you offered a job as a result of your Intern Hustle? Tell us about it!

Yes! I took the advice of, well, everybody. You always hear that you should network, network, network. You should ask for what you want, speak up, make yourself known, etc. I’m here to corroborate that advice. I sat my mentor down at the end of the internship and said simply that I’d like to come back next summer or continue in some capacity, whatever it may be. She seemed to like the idea but didn’t say much other than she’ll think about how that can work. Before I left, we set up some accounts with the supercomputing division so I could work from Nebraska. No pay, but it was the equivalent of a 1-credit class of research. I learned Fortran and worked with some GCM output at the time. My mentor called not even two months later offering me a full-time job post-graduation. I was floored and I obviously accepted!

People often ask what I do at NASA so I can explain a bit here. I research the Martian climate. This involves anything from dust storms to water-ice clouds to CO2-ice clouds to the polar ice caps to atmospheric dynamics in general. My first project was characterizing the state of the mass of the Mars atmosphere, which was thought to be increasing for some time. I used Curiosity & Viking lander data to assess the mass from the temperature and pressure readings of these rovers. I also contribute to model development of the Ames GCM. This model is like our weather models, only global. It is a complicated program that models Mars’ atmospheric flows, tracks where the dust goes, what the temperatures look like everywhere on the planet, etc. It is a model – not records of actual recorded measurements.

And for the final question…What’s your party trick?

Opening a twist-off beer bottle with my forearm instead of my hands.

If you’re interested in learning more about NASA internship opportunities, you can check out their website here.

Do you have a #myinternhustle story to share? Or do you know someone else who does? Email me and I’ll send you the details on how you can apply to be featured. 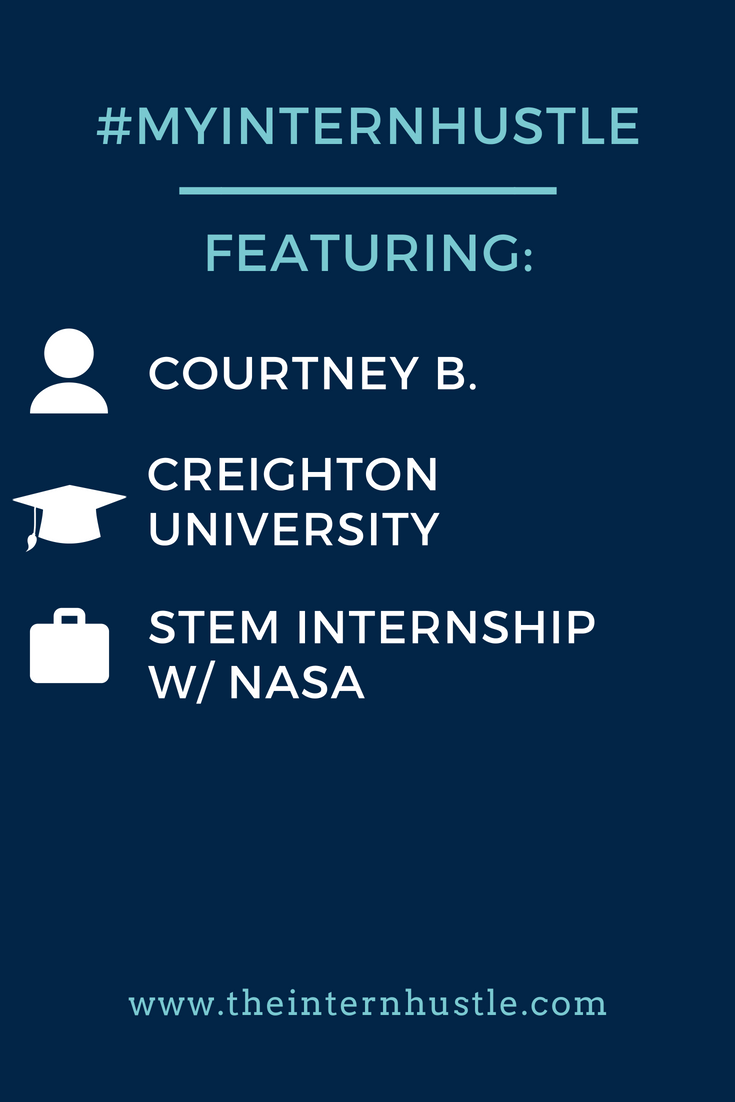 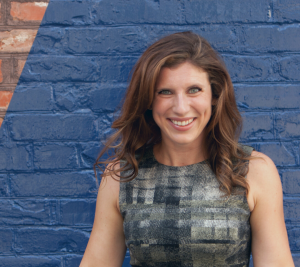